Oceans of Oil: Moby-Dick, Energy, and the Environmental Humanities

This talk works through the emerging methodology of the energy humanities in order to explore Herman Melville’s novel Moby-Dick and other nineteenth-century texts about energy, animals, and the ocean. Professor Jones theorizes Moby-Dick as a work of "peak whale oil" and suggests other points of continuity between whaling and petroleum culture. Ultimately, Herman Melville and other observers writing from the beginning of massive fossil fuel consumption in the nineteenth century help us understand how the energy transition of the nineteenth century might speak to the energy and climate crises of the twenty-first century. 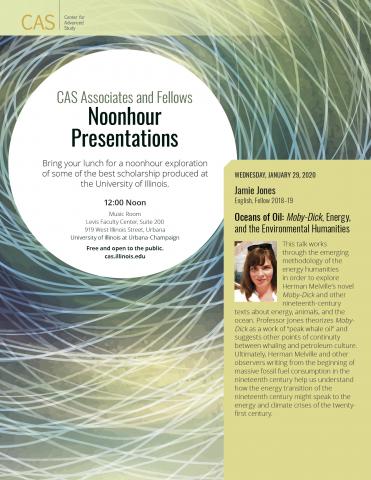