The line item veto (LIV) is a power that 44 U.S. state governors have to delete parts or items of bills, while the rest becomes law. Professor Sin examines the effect of LIV in the power of these governors to influence legislation. Scholars have claimed that if the U.S. president can influence the shape and content of legislation by his mere ability to veto whole bills, then an executive with the power to pick and choose has even more power to do so. However, this literature has found no effect of the LIV on the executive power. Counter to these arguments, Professor Sin highlights that the LIV main effect is exactly the opposite: the partial veto makes it more difficult for the executive to induce legislators to pass her preferred policy. She will show evidence by analyzing and comparing the success of governors with different types of veto powers. 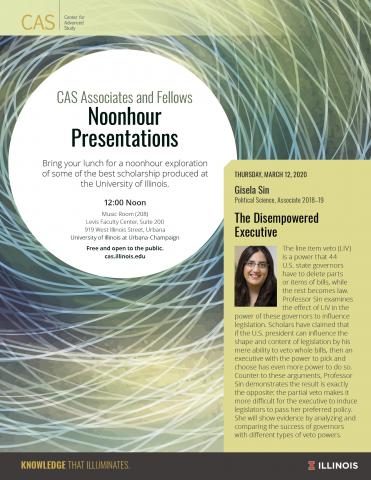