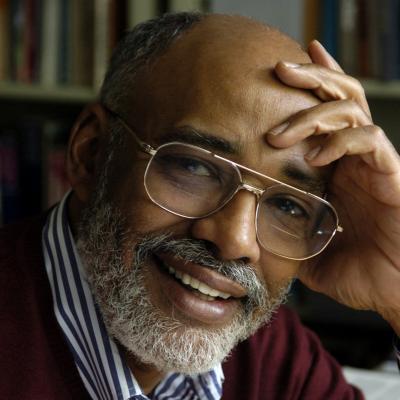 CAS and Swanlund Chair Professor of Journalism, Leon Dash is a Pulitzer-prize-winning author and journalist with extensive experience in both domestic and international reporting. His career at The Washington Post began in 1965 as a copy boy on the night shift while attending Howard University during the day. He subsequently worked on the City Desk, Maryland Desk, Foreign Desk and Investigative/Projects Desk during a 32-year career as a reporter and correspondent. In March 1999, New York University’s journalism department selected Dash’s Washington Post series on an underclass family, Rosa Lee’s Story, as one of the best 100 works in 20th-century American journalism. Dash is currently engaged in interviewing and videotaping Black and White Americans nationwide. The working title of the book is: American Voices: Defining Moments in Black and White. The cameos of video will be mounted on an Internet website.

In 2019, Professor Dash joined other members of the Washington Post's Metro Seven as inductees into the National Association of Black Journalists' Hall of Fame.