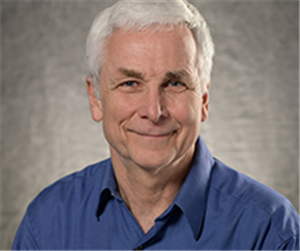 Professor Hajek pursues basic research in the area of modeling, analysis and optimization of the physical process of communication. He has worked on several aspects of communication within computer networks, including selection of information paths through a network, resolution of contention for access at a network interface and fair distribution of network resources among competing information flows. He has worked on time-varying wireless communication channels and communication channels in which information is conveyed in timing. A focus of much of his work is to identify theoretical limits and determine how they might be achieved.

He has interests in modeling and analyzing random phenomena. He identified the minimum cooling rate required for a general randomized global optimization method, simulated annealing, to reach a global minimum with high probability. He has an interest in the flow of information in biology as well as the role of information within auctions and related allocation mechanisms.

For his contributions, he has received the Kobayashi Award for Computer Communications, Institute of Electrical and Electronics Engineers (IEEE); and Donald P. Eckman Award, IEEE Automatic Control Society. He was awarded a Guggenheim Fellowship and a National Science Foundation Presidential Young Investigator’s Award. He served as editor-in-chief of IEEE Transactions on Information Theory and as president of the IEEE Information Theory Society. He was elected to the National Academy of Engineering in 1999. At UIUC, he has been a Beckman Fellow of the Center for Advanced Study and a University Scholar. He is a Bronze Tablet Recipient, a Tau Beta Pi Daniel C. Drucker Eminent Faculty Awardee and a Founder Professor of Engineering.