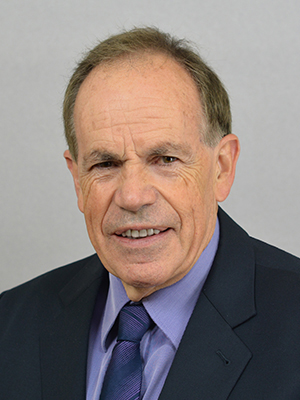 Stephen Long is Gutgsell Endowed Professor of Plant Biology, Crop Sciences and the Institute of Genomic Biology. He obtained his BSc (Hons) 1st Class in Agricultural Botany at the University of Reading, UK and his Ph.D. in Plant Environmental Physiology from the University of Leeds, also in the UK.  In 2007, he was awarded a D.Sc. (honoris causa) from the University of Lancaster, UK, for his contributions to Environmental Research. He has worked previously at Tate & Lyle Ltd. Research Centre, University of Essex, University of Vienna, Brookhaven National Laboratory and the Smithsonian Institution, served as a Special US Government Employee (SGE) advising on DOE/USDA biomass programs. He has published over 400 peer-reviewed journal articles, including original research in Nature and Science. He has been listed by ISI/Clarivate Analytics as one of the most cited authors in Animal & Plant Biology every year since 2006 and by Reuters as one of the most "Influential Scientific Minds of 2015." He has given briefings on bioenergy and food security to Bill Gates (4x), the Vatican and to the President at the White House.

His research focuses on understanding limitations to photosynthesis, the process converting sunlight into chemical energy in the form of biomass, crop yield and food. Recent work has focused on the bioengineering of photosynthesis for increased crop productivity and adaptation to global change to increase the yield of bioenergy and food crops. His achievements include discovering the most productive land plant known, a grass from the Amazon, and the development of the first dynamic model of the complete photosynthetic process, which is now being used as a design tool for engineering improved photosynthesis, including that within his multi-national Gates Foundation supported project. In 2016, his group gave the first ever successful demonstration of a computer-designed improvement in photosynthetic efficiency that translated into a large crop productivity increase in field trials. It was widely reported in the press with front page articles in the New York Times and Seattle Times, and was listed as one of the "Scientific Moments of 2016." He identified Miscanthus as one of the most productive temperate plants, which has, as a result, emerged as a major sustainable bioenergy option in Europe and now, in N. America. He is Founding and Chief Editor of Global Change Biology, which is listed by ISI as the most cited journal on Climate Change after Nature and Science.

More recently, Professor Long founded GCB-Bioenergy, which was this year listed as the most highly cited bioenergy journal and the 2nd most highly cited agronomy journal.  At Illinois, he initiated the development of the SoyFACE facility on the South Farms, which is now the largest open-air laboratory in the world for investigating the impacts of global change on our major food crops. He was the Illinois PI to the successful bid to BP for the Energy Biosciences Institute, a 10-year $350M research award to UC Berkeley and Illinois, and served as Director of the Illinois portion of the award until the end of 2012.  In 2012, he was awarded $25M from the Bill and Melinda Gates Foundation to lead a multi-national research project to engineer improved photosynthesis to effect increased crop yields.  He is a Fellow of the Royal Society (London), where he led its sub-committee on Organismal Biology, Ecology and Evolution. He is a Fellow of the American Association for the Advancement of Sciences (AAAS) and the American Society for Plant Biology (ASPB).  He won the 2012 Marsh Award for Climate Change Research from the British Ecological Society, the 2012 Charles F. Kettering Award for Excellence in Photosynthesis Research from the American Society of Plant Biologists and the 2013 Innovation Award from the International Society for Photosynthesis Research. He was the Newton-Abrahams Visiting Professor and Fellow of Lincoln College at the University of Oxford, and in 2019 he was elected to the National Academy of Sciences.