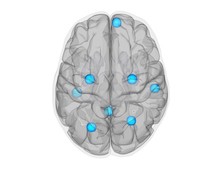 Developing Theoretical and Computational Models of Habituation to Chronic Tinnitus

Tinnitus is a subjective condition, affecting between 10-15% of the general population and its incidence increases with age. It is characterized by a phantom perception of sounds in the absence of external sources. Most individuals who develop chronic tinnitus eventually habituate to it and do not require continued attention from a health-care professional. However, a minority (about 20-30%) will exhibit distressing reactions related to tinnitus, reporting sleep difficulties, cognitive and communication challenges, and comorbid depression or anxiety. There is no cure for tinnitus, but there are therapies that seek to reduce its bothersome symptoms.

Although several theories have been proposed to account for the development of tinnitus, few frameworks have accounted for the adaptation process occurring as tinnitus becomes chronic. In this project, Professor Husain will build on two ongoing projects in her lab: (1) multi-modal brain imaging to better understand the neural correlates of tinnitus and (2) development of computational models to objectively diagnose the condition of tinnitus. In the proposed study, using data from cross-sectional studies, she will develop computational models of different stages of habituation as shown by individuals in subgroups differing in severity. She will test these models using data from two longitudinal interventional studies that aim to shift individuals from the bothersome to the mild group. The immediate impact of such models will be the development of robust objective biomarkers of tinnitus, allowing us to better evaluate existing interventions and leading to customized therapies for individual patients. The project will also accelerate neuroscientific understanding of tinnitus and generate hypotheses for future experiments.