Human Brain Organogenesis – Creating a Nervous System Outside the Womb

The study of human neurodevelopment is affected by the inaccessibility of the pre-natal human brain in utero. Brain organoids allow scientists to recapitulate, at least partially, major milestones of neurodevelopment in the dish. However, while brain organoids have successfully been used to study molecular and cellular alterations, the study of neural networks was never possible due to the inability to generate complex network behavior in vitro.

These results show that the development of structured network activity in the human neocortex may follow stable genetic programming, even in the absence of external or subcortical inputs. This approach provides novel opportunities for investigating and manipulating the role of network activity in the developing human cortex. Applications for neurodevelopmental disorders, brain evolution, as well as the ethical and moral implications of these findings will be discussed. 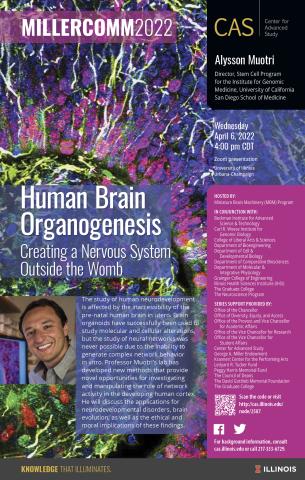