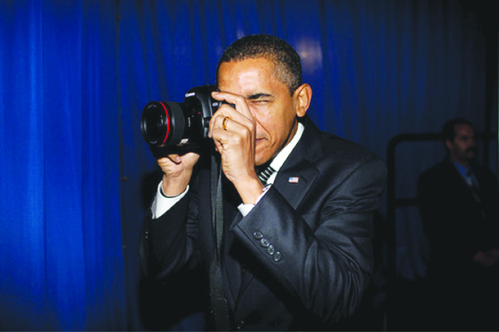 The Camera Politic: American Presidents and the History of Photography from the Daguerreotype to the Digital Revolution

More than six years into the Obama presidency, the White House Flickr photo stream contains over five thousand images made by White House photographers, offering viewers a shrewdly curated “behind-the-scenes” look at the President of the United States. By communicating his visual image to the public in ways that bypass traditional media almost entirely, Barack Obama has changed the history of presidential image-making and, in the process, has been a key participant in a dramatic change in the history of photography. But Obama is not the first president to shape photography in the public sphere. The history of the presidency offers other examples of presidents responding to similarly dramatic technological change in the development of photography.

During her Center appointment, Professor Finnegan will work on her new book project, The Camera Politic, which analyzes this largely unexplored history to investigate how presidents have shaped photography since its inception 175 years ago. This book will extend existing scholarship in two ways. First, by accounting for both the specificity of photographic production and the broader cultural power of photographic circulation and reception, Professor Finnegan complicates traditional distinctions between photographer and subject as well as between vernacular and elite. Challenging the truism that what made photography distinctive was its role as a “democratic” art of “the people,” she contends that a history of photography told through the lens of its most elite producer, subject, and consumer gives us powerful insight into how generations of Americans were taught by those in political power to understand photography’s role in public life. Second, by extending political communication scholarship back into the pre-television era and moving beyond the characterization of photography as a political tool, the project also expands our knowledge of the relationship between presidents and media. It invites us to move beyond narrow, instrumental views of photography to think more broadly about how presidents participate in public culture and how, by virtue of their status as symbols of the nation, presidents’ interactions with photography constitute the nation’s interactions.