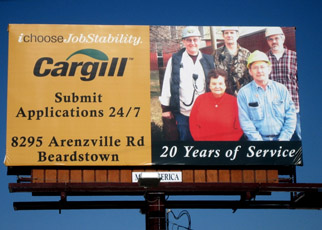 Making a Home in the Heartland: Immigration and global Labor Mobility

During her Center appointment, Professor Miraftab plans to complete her book manuscript, Making a Home in the Heartland: Immigration and Global Labor Mobility. In the book, she weaves together interviews she collected in Illinois, Mexico and Togo, charting the processes that capture and consume migrants’ labor as well as those that produce and sustain the global mobility of labor.

In the early 1990s, Cargill, Inc., faced a dwindling local labor force willing to accept the low-wage, high-risk jobs available at its meat-packing plant in Beardstown, Illinois, and began recruiting workers among French-speaking Africans (predominantly Togolese), Spanish-speaking Latinos (predominantly Mexicans), and, to a smaller extent, African-American Detroiters. The dramatic and rapid diversification of Beardstown was not an easy transition. But today, Beardstown’s economic gains contrast sharply with adjacent dying rust-belt towns, and there has been a significant social transformation: almost every residential block is integrated, multi-racial soccer leagues play in the open fields, and cultural identities are celebrated in public spaces.

In her book, Professor Miraftab queries the global cost of this midwestern revitalization: What are the global conditions that produce the migrant labor force that finds its way to Beardstown? What conditions make it possible for these workers to continue in their low-wage, high-risk jobs? And finally, how do these new workers negotiate inter-racial and inter-immigrant relationships outside the workplace?

Professor Miraftab answers these questions through an ethnographic approach that exposes (a) production of migration through processes of dispossession and displacement and (b) social reproduction of migrant labor force through transnational practices of care work. To make their wages viable, for example, workers tap into free or inexpensive familial and community care through networks that continue to connect Beardstown with Mexico and Togo and effectively subsidize the wages Cargill pays. The book will be published by Indiana University Press as part of its book series, Global Research Studies.