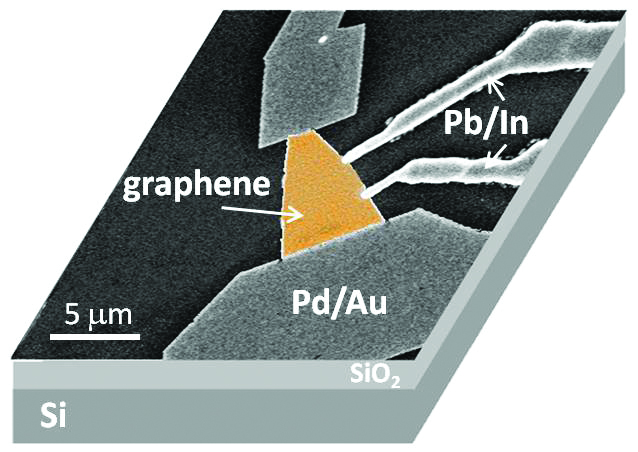 Exploiting the electronic properties of materials such as magnets, semiconductors, and superconductors has led to many practical applications. Recent theories have now predicted that layering all three materials into hybrid configurations will result in novel electronic states, particularly in what is known as a Majorana state. The carriers of current in this state do not obey the standard forms of quantum statistics and are thus relatively insensitive to the noise, perturbations, and other decoherence effects that typically destroy quantum states. Because of this, the Majorana state could be utilized for error-free quantum computing, where quantum bits can perform massively parallel computations.

Despite many theoretical predictions, Majorana states have not yet been observed experimentally. Professor Mason’s research project is based on the idea that layered magnetic-semiconductor-superconductor structures will exhibit these states. Her team will fabricate these layered hybrid systems in a variety of configurations and use sensitive spectroscopy to measure their tunneling conductance. For the semiconductor, she plans to use graphene, a single atomic sheet of carbon. She will study the fundamental properties of any unusual electronic states that appear, and attempt to verify the existence of Majorana states.

During her Center appointment, Professor Mason will design the new experiments and work with several graduate students to launch these approaches. She will also visit and confer with a hybrid-superconductor theory group at the University of Maryland and an experimental graphene group at Columbia University. She expects that, if successful, her observation and manipulation of Majorana states will be transformative for the field.