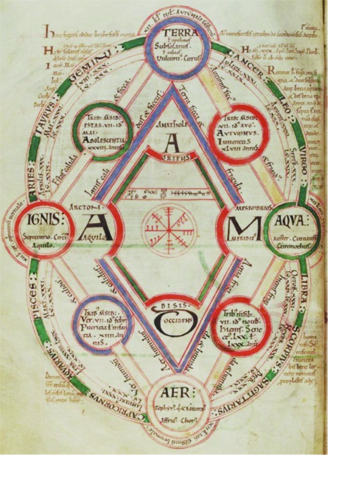 Humanities scholarship is in the midst of a new materialist revolution, and recent developments in neuroscience and cognitive theory have forced us to discard old assumptions about the materialist bases of subjectivity. In Ecce Corpus: Beholding the Body in Anglo-Saxon England, Professor Trilling argues that Anglo-Saxon texts have something to teach us about different ways of imagining the self, speaking to us from a time prior to Descartes’ cogito and the mind-body dualism that has subsequently dominated Western culture.

Since the early 1990s, studies of the body have been dominated by poststructuralist notions of discourse, gender, and subjectivity, rendering the body a product of various social and cultural discourses. Recent trends in critical theory, however, have drawn from scholarship in neuroscience and related fields to rethink the relationships between materiality and subjectivity. In genres as diverse as hagiography, legal discourse, heroic poetry, historiography, and medical writing, Ecce Corpus reveals the bodies that precede discourse in the Anglo-Saxon world and asks what new materialist notions of subjectivity can tell us about their textual representations. Yet the goal is not simply to better understand the Anglo-Saxon world through modern theoretical concepts; rather, Professor Trilling uses the medieval world to question and expand the assumptions of modern theorists. By training contemporary theoretical insights about materiality on an archive from more than 1000 years ago, Ecce Corpus challenges the notion that “new materialisms” are really “new” after all.

Diagram by the 10th-century monk Byrhtferth depicting “the harmony of the months and the elements” [de concordia mensium atque elementorum], MS 17 f.7v. Reproduced by permission of the President and Fellows of St John’s College, Oxford.