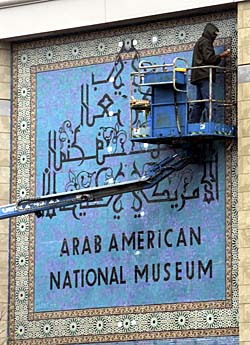 From its beginnings in the early twentieth century and continuing up to the present, Arab-American literature has formed a substantial literary tradition. Yet it has received scant scholarly attention—an omission Professor Hassan intends to correct with a book-length critical survey of Arab-American writers and the reception of their work in the United States.

Arab-American literature falls into three periods. Its pioneers, such as Ameen Rihani and Kahlil Gibran, conceived of themselves as cultural translators and mediators between Eastern and Western civilizations. Located in the United States and writing in both Arabic and English, they conceived of East and West as either complementary, in a ying-yang fashion, or as parties of a dialectic, leading to a higher form of civilizational synthesis.

A second generation of Arab-American writers emerged in the middle decades of the twentieth century. This period was influenced by passage of the Asian Exclusion Act in 1924, which effectively stopped Arab immigration to the United States until new immigration laws were passed in 1965. Writers during this period were striving for assimilation into American culture, and their work is dominated by the stigma of foreignness, the anxieties of fitting in, the loss of cultural roots, and the search for identity. The figure of the Arab fades in the work of writers from this period, leaving behind a sense of fracture or a disquieting sense of being haunted by a disturbing past.

From the 1970s on, enabled by such social awakenings as multiculturalism and the movements for civil rights, Arab-American writers begin to foreground their Arab heritage and to question its representation in American culture. Scores of new writers who identify as Arab-Americans have emerged over the past few decades, and their work exemplifies a broad range of experiences with a renewed, and much transformed, focus on cultural translation.

During his Center appointment, Professor Hassan will be completing his study and preparing the book for publication.