Eugenics and Expertise: The "Science" of Race Crossing

This talk examines how ideas about race from the era of slavery propelled eugenicists to study race crossing in the early 20th century. In this talk Professor Hogarth will demonstrate how 20th-century eugenicists--namely Charles B. Davenport, branded mixed race people with African ancestry as threats to the public's health. Davenport, and many of his ilk, relied on “precision” methods developed by anthropologists, physicians, and statisticians to prove the unfitness of people with African ancestry. Professor Hogarth argues that these methods were shaped by, and deployed, within contexts that took non-white bodies to be inherently unfit. Finally, this talk explores the misuse of medical expertise and challenges notions of inherent objectivity in scientific knowledge production. 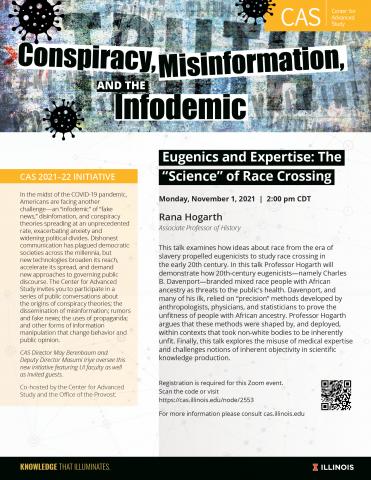