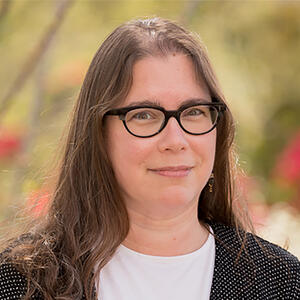 Catherine J. Murphy, the Larry R. Faulkner Endowed Chair in Chemistry and current Head of that department, has pioneered the colloidal synthesis of shape-controlled gold and silver nanoparticles in aqueous solution. In the 5-100 nm size range, gold and silver exhibit brilliant shape-dependent optical properties that enable applications in chemical sensing, biological imaging, optical displays, enhanced energy conversion devices, mechanically improved polymer nanocomposites and even photothermal therapy for thermal ablation of pathogenic cells. The spread of gold to so many technology sectors is in part due to Murphy’s work. Since 2001, her lab developed the seed-mediated growth method to synthesize these nanomaterials and has extensively studied their formation mechanisms, kinetics and surface chemistry. The seed-mediated growth approach is now widely adopted by the nanomaterials community as a way to control crystal growth on the nanoscale. Murphy’s team was among the first to popularize the notion of preferential adsorption of structure-directing agents to emerging crystal faces as a chemical mechanism for the anisotropic growth of nanomaterials. Murphy has broadened the areas of inquiry of nanomaterials to encompass many non-traditional areas (for chemists). Murphy’s team has demonstrated the first usage of these nanomaterials as “nano strain gauges” to optically measure deformation of soft matrices (2005, 2007), photothermal destruction of pathogenic bacteria (2008), the ability of nanomaterials to alter cell phenotype (2008-) and the influence of surface chemistry on cellular response (2014-), quantitative understanding of the mechanism of their apparent cytotoxicity (2009) and its mitigation (2009, 2010), the first result for engineered nanomaterial exposure to a whole ecosystem (2009), and that photothermal heating of plasmonic nanoparticles quantitatively alters their surface chemistry (2012-).

Murphy’s honors include the 2020 ACS Award in Inorganic Chemistry, the 2019 Remsen Award, the 2019 Linus Pauling Medal, the 2019 MRS Medal, the 2013 Carol Tyler Award of the International Precious Metals Institute, the 2011 ACS Division of Inorganic Chemistry’s Inorganic Nanoscience Award. She has been named a Nanotech Briefs Nano 50 Innovator (2008), a Camille Dreyfus Teacher-Scholar (1998), an Alfred P. Sloan Research Fellow (1997), a Cottrell Scholar of the Research Corporation (1996) and an NSF CAREER Award winner (1995). She is a Fellow of the American Academy of Arts and Sciences, American Chemical Society, the Materials Research Society, the Royal Society of Chemistry, and of the American Association for the Advancement of Science. She was ranked #32 in Thomson Reuters Sciencewatch List of “Top 100 Chemists for the Decade 2000-2010” and #10 on their list of “Top 100 Materials Scientists of the Decade 2000-2010.” In 2015, she was elected to the National Academy of Sciences and in April 2019, she was elected to the American Academy of Arts and Sciences.