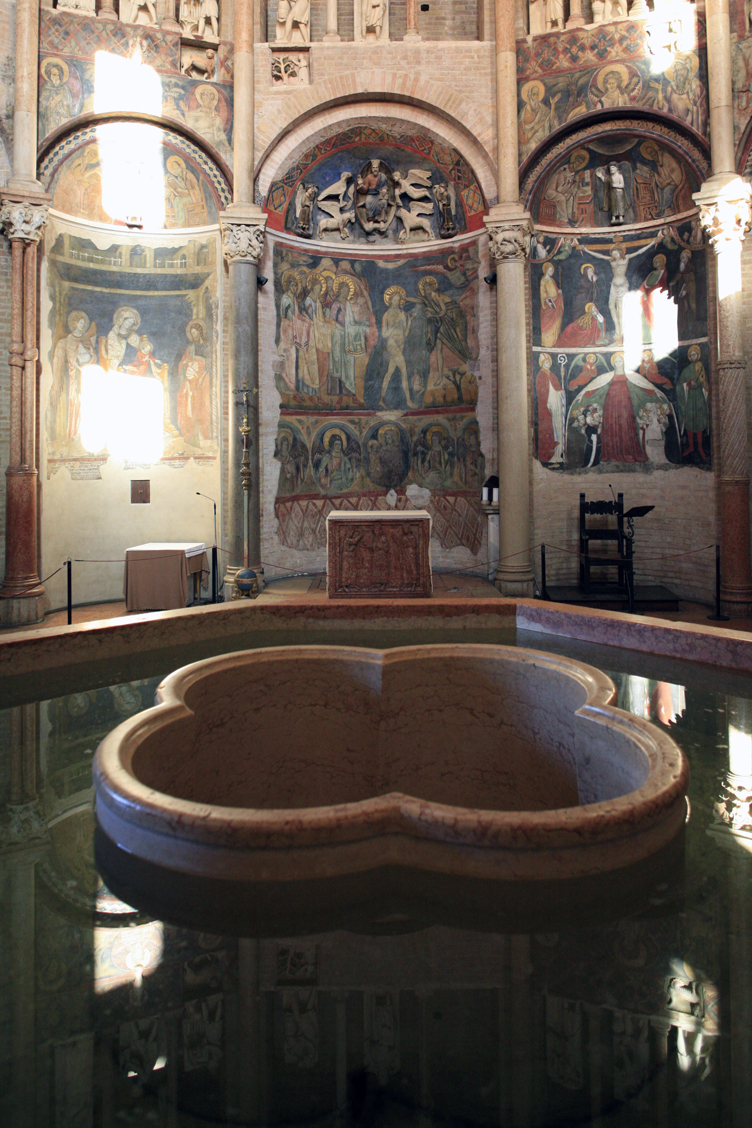 Sanctified in Water, Sealed in Stone: The Italian Baptistery 1000-1600

During Christianity’s early centuries, freestanding baptistery buildings provided the requisite separate settings for the ritual initiation of adult converts into the Christian congregation. By 1000, however, most Western Europeans were baptized as infants.

The liturgical requirements that formerly demanded independent structures for Christian initiation no longer applied. Consequently, the baptismal ritual was simplified and decentralized. Separate baptismal halls became redundant. Yet although construction of monumental, independent baptisteries stopped elsewhere in Europe, more than 80 of them were built in Italy from the eleventh through the fifteenth centuries, including some of the peninsula’s most celebrated monuments. What accounts for their resurgence?

Professor Marina presents the first comprehensive explanation for, and interpretation of, the resurgence of independent baptisteries, along with source material that can serve as a point of departure for future study. By extracting baptisteries from architectural history’s developmental narrative and considering the impact local and regional conditions had on their design, production, and reception, she demonstrates that Italy’s post-millennial baptistery boom is really three separate phenomena with discrete geographical and temporal boundaries. All are the product of Italy’s peculiar ecclesiastical and political fragmentation and distinctive traditions of architectural patronage. Her conclusions are based on study of an expanded corpus of more than 80 baptisteries located within the frontiers of modern Italy as well as in Italian settlements on the eastern side of the Adriatic.

In the book manuscript Professor Marina plans to complete during her Center appointment, she also debunks the myth of a universal baptistery “building type” and reframes the discussion of the baptistery’s architectural signification. By addressing both the material reality and diverse cultural functions of baptisteries, Professor Marina aims to arrive at a subtler understanding of their multiple roles in forging Italy’s distinctive civilization.