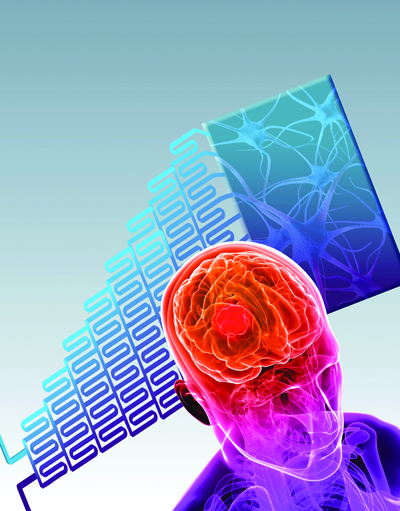 For decades, scientists, engineers, and physicians have worked to better understand the onset, progression, and treatment of disease. A critical bottleneck is the complexity that arises from the non-uniform properties of tissues and organs of our bodies. Tissues can vary in time, such as during development or with disease, or in space, such as across tumors and musculoskeletal tissues. Professor Harley’s lab is developing approaches to engineer biomaterials that replicate these complex environments. Such materials may be implanted in the body to aid healing or used outside of the body to better understand disease onset and treatment.

The future of cancer research is not testing immortalized cell lines in Petri dishes. It is instead developing tumor avatars for each patient that can be grown, studied, and treated outside the body. Professor Harley’s efforts focus on developing tools to advance our understanding of glioblastoma multiforme (GBM), the most common, aggressive, and deadly form of brain cancer. His lab has partnered with collaborators at the Mayo Clinic and Washington University in St. Louis to develop a class of optically-translucent biomaterials to rapidly predict how GBM cells respond to current-generation therapies. They recently showed how versions of this biomaterial that mimic the tumor margins can predict response and relapse potential following treatment with conventional inhibitor therapies when using patient-derived cell lines. During Professor Harley’s Center appointment, he will address the next critical step for this project: integrating biopsy specimens isolated directly from a patient.