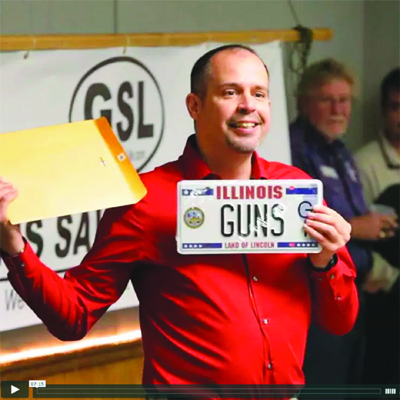 The Cultural Geography of Firearms: Illinois as Microcosm of the Nation

The story of guns in America is far more complex than the loudest voices at the extremities at either side of the issue would have us believe. It is also more complex than most voices in the popular media would have us believe. Professor Ledford has explored the issue since joining the Illinois faculty in the fall of 2011. He has spoken with mothers and friends of fallen children in Chicago; with a woman in southern Illinois who was hit in the face by a stray round from an AR-15 fired from a gun range a half-mile away; and with the small-town firearms dealer who legally sold guns to an individual who subsequently used them in a mass shooting. These are the stories of a nuanced cultural geography, a fulcrum upon which America’s national gun debate balances. As a multimedia journalist, Professor Ledford produces video, audio, and photographs tailored to the emerging niche of visually-driven digital journalism. At the University of Illinois, his creative endeavor and research agenda examines a uniquely American issue: the role of firearms in a constitutional democracy. During his Center appointment, he will continue to develop this latest project, The Cultural Geography of Firearms: Illinois as a Microcosm of the Nation.

John Boch, president of the Illinois group Guns Save Life, leads one of the group’s monthly meetings in Rantoul, IL. From the video Handguns and Humor in the Heartland, Charles “Stretch” Ledford.