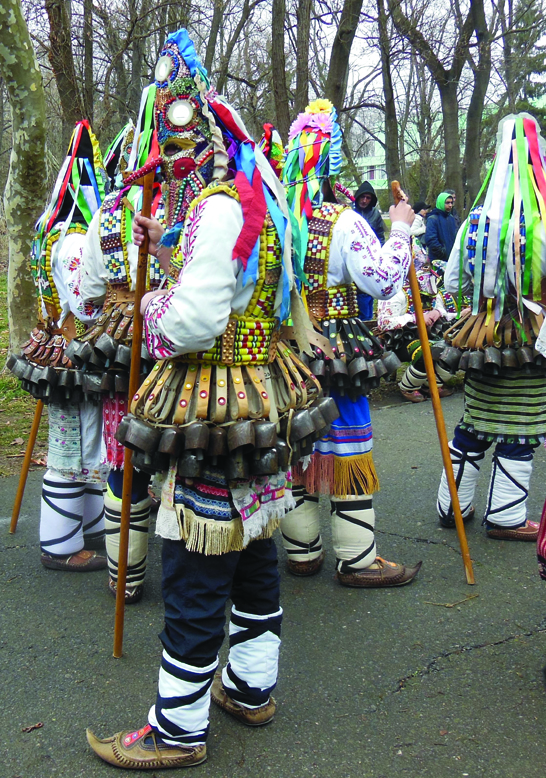 Throughout the world, belief systems are heard, apprehended, enacted, and perpetuated through musical and non-musical sounds endowed with uncommon power and meaning. This project will argue that in Bulgaria, the shimmering resonance of ringing metal is one such sonic phenomenon.

The Girl in the Bell: Audible Cosmologies of Bulgarian Belief will be Professor Buchanan’s second ethnomusicological ethnography. Informed by 19 months of fieldwork with musicians, instrument craftsmen, and ritual practitioners conducted between 2007 and 2017, this book investigates the pivotal significance of bells in contemporary Bulgarian expression, whether as artistic and historical objects, gendered instruments of spirituality and politics, or sonic metaphors of musical beauty and world view.

The book’s approach is acoustemological; that is, it assumes that we comprehend and experience the world not just visually, but aurally. Chapters locate this “aural sense” in bell craftsmanship; shepherding practices; men’s instrumental tunes and women’s vocal technique; multimedia folkloric productions on stage and screen; literary works; and architectural edifices, especially belfries and monuments. Ultimately these findings illustrate that bells, both as sign-vehicles and when rung, as highly charged, environmentally saturating, surround-sound acoustic experiences, are profoundly evocative musical signifiers of Bulgarian subjectivity, lifeways, and belief; they represent multivalent, gendered, acoustemological indices weaving together sound, sentiment, and the sacred across the presocialist–postsocialist historical continuum.