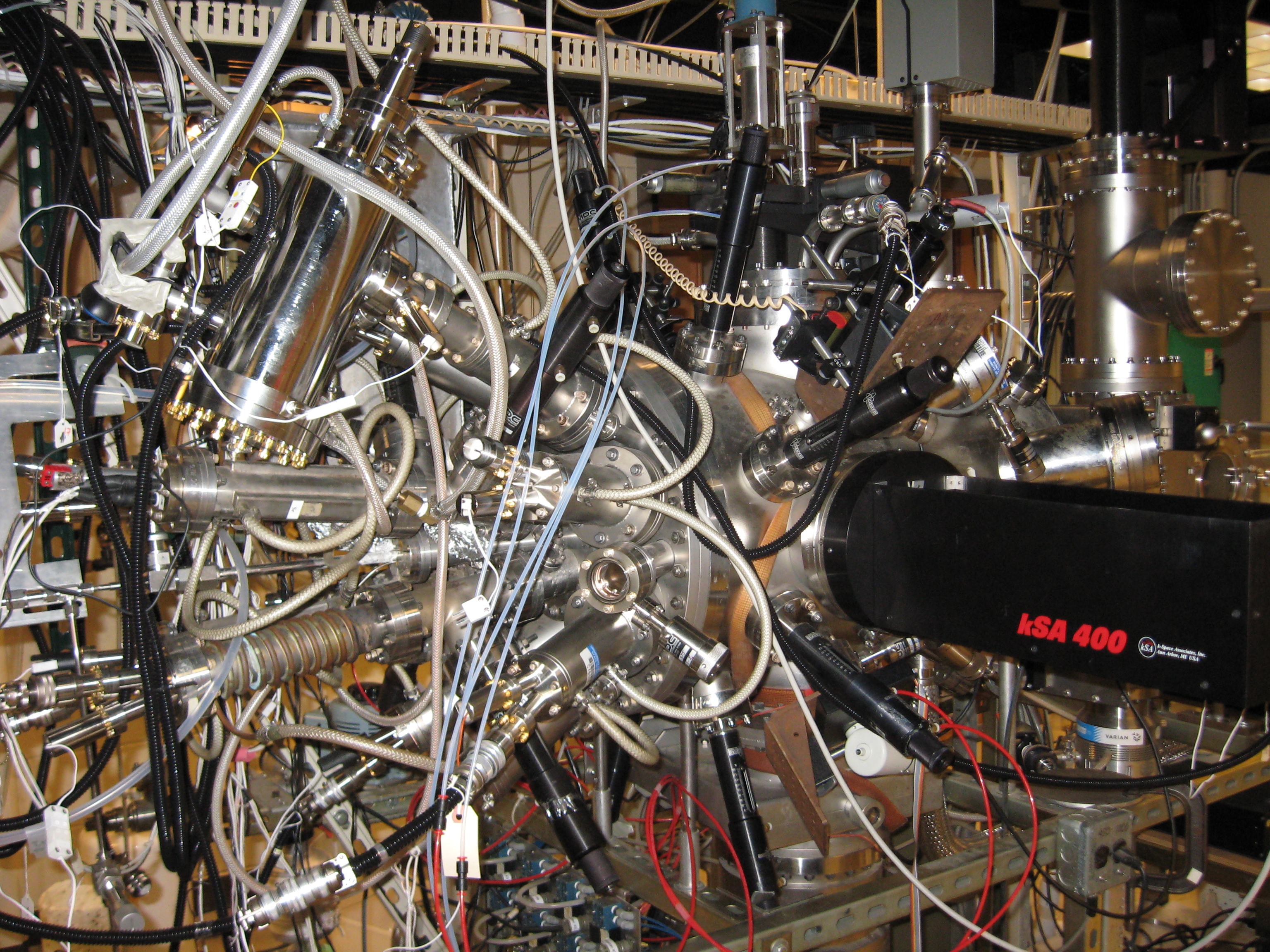 Professor Eckstein’s research program specializes in growing crystalline thin-film layers on single crystal substrates, using a technique known as atomic layer-by-layer molecular beam epitaxy (ALL-MBE). Basically the technique forms ultra-pure beams of elements and directs them to a substrate surface. Working under ultra-high-vacuum conditions, and perfecting the accuracy of the crystal growth one atomic layer at a time, his lab has been able to tailor new complex materials by controlling the sequences of chemical reactions that form each molecular layer. They have also made films in which the factors that lead to the emergence of topological states change with each layer grown.

Topological materials represent a new class of materials with extraordinary properties that were never anticipated before their invention by several groups of theorists over the past six years. For example, previously magnets were absolutely required to control electron spin – but in these new materials electric fields can control electron spin. Interest in these materials and their potential has exploded worldwide.

Progress in the field requires the ability to grow better material, and Professor Eckstein’s group aims to design and enhance new thin film samples of topological phases and search for ones with “better” properties.

During his Center appointment, Professor Eckstein will build and bring online a second, enhanced ALL-MBE system. The new system contains four reconfigurable atomic absorption flux monitors to measure and provide feedback to control the supply of the atoms in each of the atomic beams. It also contains other in-situ growth monitors so that the synthesis of each layer can be followed at the atomic scale as it occurs. The new system and the existing one will be connected to allow a chemically pure interface to be formed between materials grown in the two chambers, increasingly enormously the range of combinations that can be investigated.

Colleagues in the fields of physics, electrical and computer engineering, and mechanical science and engineering have suggested theoretical new materials to explore, with many potential opportunities for future collaborative work.