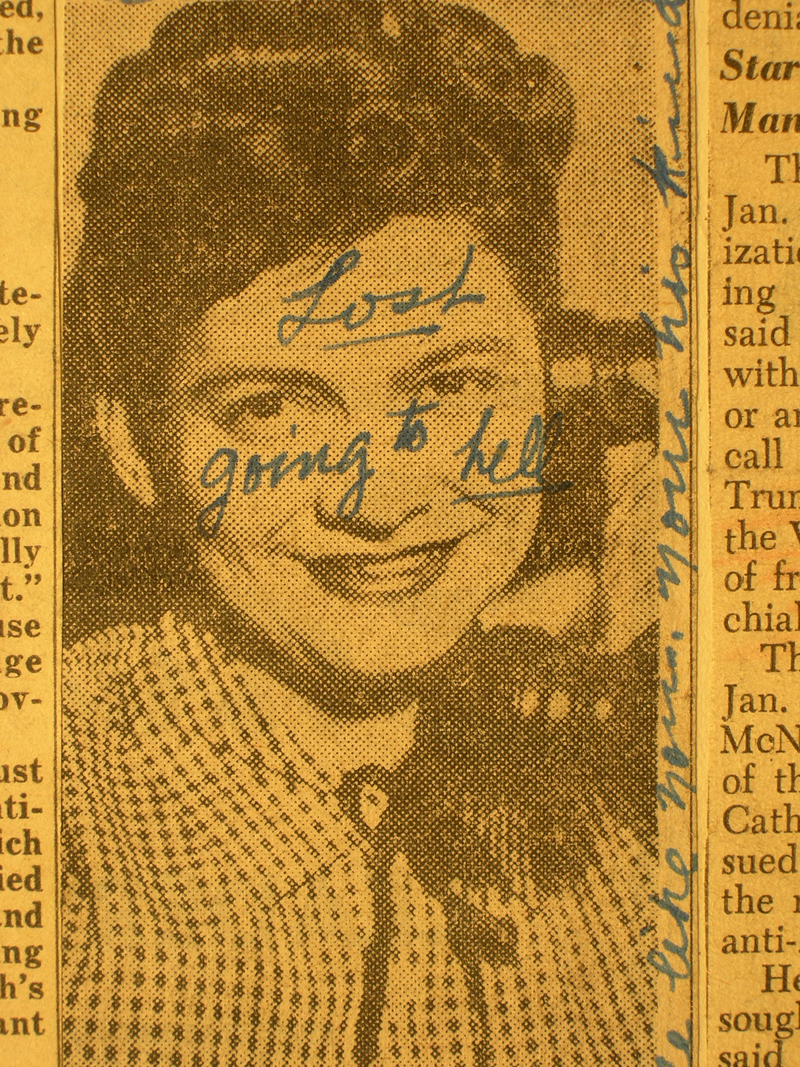 The Lord Is Not on Trial Here Today: A Documentary Film

She was called “that awful woman” by her neighbors and “that atheist mother” by virtually every newspaper in the country. She received up to 200 letters a day: some of the writers claimed they would pray for her; many of them wished her much worse. Her friends stopped returning her phone calls. She was branded a communist, and the Illinois State Legislature nearly banned her and her husband from ever working at the state university again. All because Vashti McCollum, a young mother of three from Champaign, Illinois, in 1945 filed a lawsuit that ultimately separated church and state in American public schools.

Professor Rosenstein is making a one-hour film documentary telling the remarkable story behind McCollum v. Board of Education, one of the most important First Amendment cases in U.S. history. Titled “The Lord Is Not on Trial Here Today,” the film addresses a number of broad themes and questions: What is the basis for the separation of church and state? What does the freedom of religion guaranteed in the First Amendment really mean? And what does a family have to go through to secure for all Americans one of these First Amendment rights?

While the U.S. Supreme Court’s decision in this case has stood for sixty years, it is likely the court will, at some point, revisit the teaching of religion in public schools. Professor Rosenstein hopes the film will educate and remind the public about what life was like before McCollum, the reasoning behind the court’s decision, and how the ruling affects current and future issues of church and state.

During his Center appointment, he will continue archival research to identify relevant material, hire and work with a composer to write the film’s musical score, and begin to incorporate the finished music into the film. After a fine cut and final edit, the film will be ready for an initial national broadcast by the Public Broadcasting Service, which Professor Rosenstein plans to follow with a strong distribution effort.