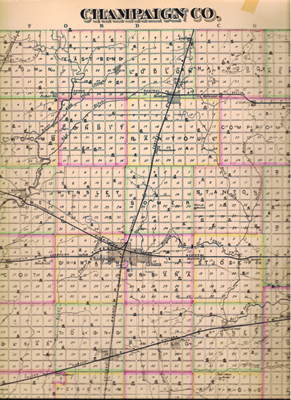 All too often, histories of Illinois pay little attention to Native Americans after the 1832 Black Hawk War, thus suggesting that their ties to the state ended with their expulsion. But for Native peoples, removal did not so much signal a severing of ties as the beginning of new ways to conceptualize relations to locality, including to those places left behind. This can be seen in the history of the Kickapoo, the last Native American group to claim east central Illinois as home.

The history of the Kickapoo people is one of remarkable mobility. Before their expulsion from Illinois, the Kickapoo were seasonally mobile, traveling each year from winter hunting grounds to summer planting grounds. But the Kickapoos also moved tremendous distances over the course of years. They can trace their ancestors back to the old Algonquian heartland in present-day Ontario. Colonial conflicts pushed them to Wisconsin and Illinois. After their forced removal from Illinois, the Kickapoo people dispersed widely, including to Coahuila, Mexico. Ironically, even as they experienced forced displacement, the Kickapoo people also had to cope with increasingly stringent restrictions on mobility, due to nineteenth-century reservation policies and increased policing of the U.S.-Mexico border.

During her Center appointment Professor Hoganson will look deeply into this history. Her goal is to explore the meaning and politics of locality for a people written out of pioneer-centered local histories: How did understandings of place change among the Kickapoo as they confronted both violent displacement and forced sedentarization? Why did some nineteenth-century Kickapoos return to Illinois? And how might the Kickapoos’ ongoing claims to the places they had left affect our understanding of local history?

This research will form a chapter in Hoganson’s book-in-progress, Prairie Routes: Making a Global Heartland, which turns local history inside out by approaching it through the lens of global connections.