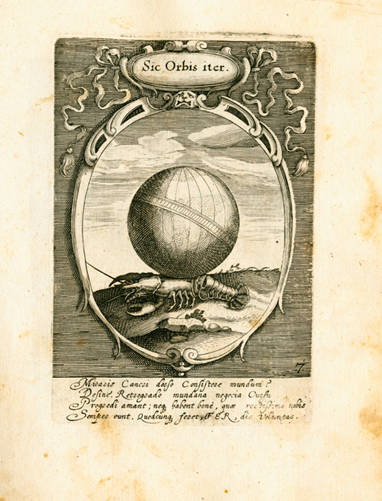 The emblem, consisting of both textual and visual elements, is capable of expressing highly complex ideas in compact and compelling forms. In Europe during the sixteenth and seventeenth centuries, emblems focused the articulation of new ideas, and familiar texts and images were reassembled to create new meanings. They gave impetus to intellectual exchange and social conviviality, becoming significant agents of cultural transfer and spreading over the entire continent from 1531 well into the eighteenth century.

Professor Wade’s book-length project initiates a new kind of research in emblem studies that is based on a cross-section of cultural practices in German-speaking lands of this period. She seeks to discover and define the underlying “emblematic turn,” the new cultural framework of the early modern period employed for the articulation of all manner of cultural expressions at court, in the academy, and among educated elites in towns.

The book is conceived in five core chapters: the new emblematic way of thinking and its practices; the seventeenth-century culture of conversation, through reflections of gender and emblematics; the role of emblems in institutions and intellectual communities; the use of emblems to create memory; and the use of emblems to create dynastic identity in ephemeral performances at court. During her Center appointment, Professor Wade will define the final shape of the book, establish the theoretical framework for the five core chapters, and identify and study new sources.

As part of this project, Professor Wade seeks new ways in which existing digital projects might aggregate their accumulated data and expertise to unite very large sets of cultural data to support expanded study of the literature, art, and culture of the early modern period.