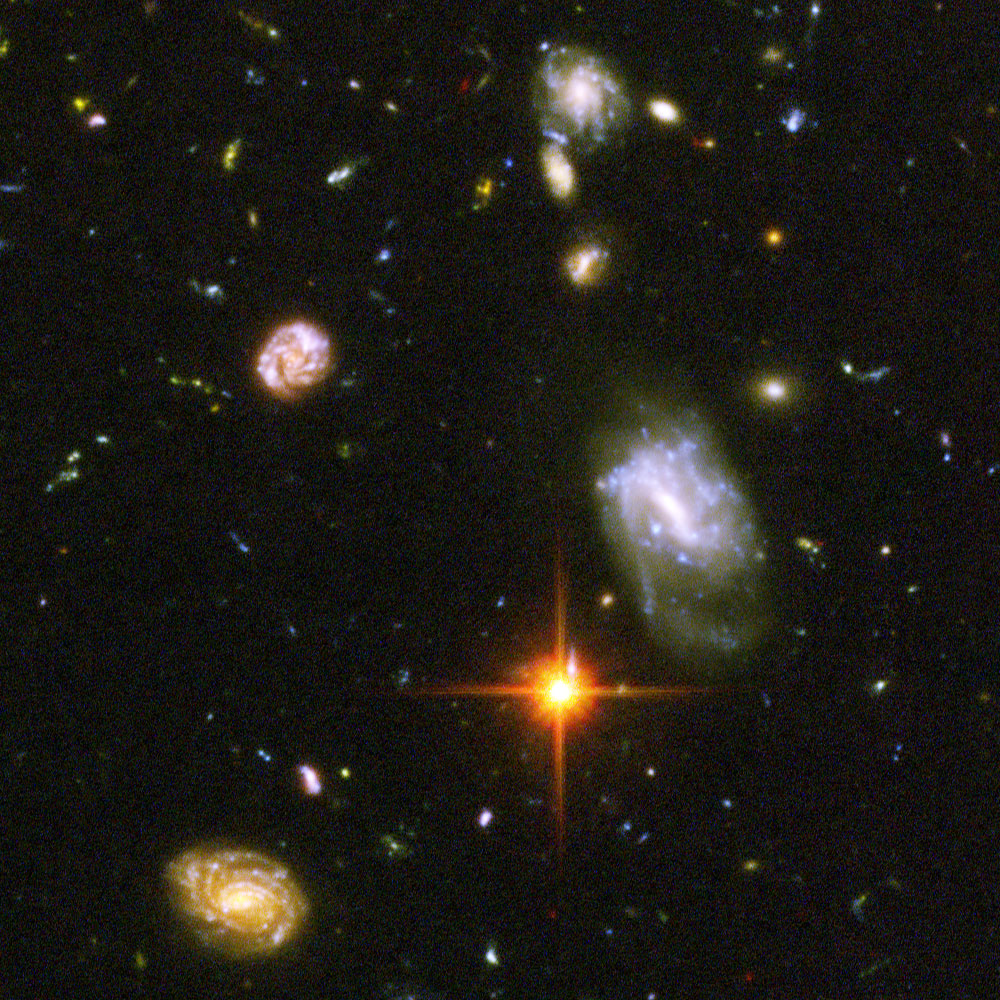 CREATING THE NEXT GENERATION OF COSMOLOGICAL COMPUTATIONAL CODES

The Lambda Cold Dark Matter Cosmology model posits that we live in a spatially flat universe that is dominated by two controlling parameters: dark energy, which drives the expansion of space; and dark matter, which drives the formation of structure. In this model, the gravitational attraction of dark matter amplifies perturbations in the matter field, forming small structures. Over time, these small structures merge to form larger structures such as galaxies and clusters of galaxies.

Professor Brunner's research group is working to change that. Using data from the Sloan Digital Sky Survey, they recently performed the most precise measurement yet of the n-point, area-averaged, angular-correlation functions using first 11 million and then more than 18 million galaxies. On the analysis side, they have applied new computational technologies to speed up their cosmological algorithms by several orders of magnitude.

During his Center appointment, Professor Brunner will construct the next generation of cosmological computational codes to allow definitive measurements and theoretical interpretation--for the first time--of the entire set of n-point correlation functions. The results will significantly improve our theoretical modeling of the relationships between dark matter halos, luminous galaxies, and the specific physical predictions that quantify the role of small-scale processes leading to the formation and evolution of structure.