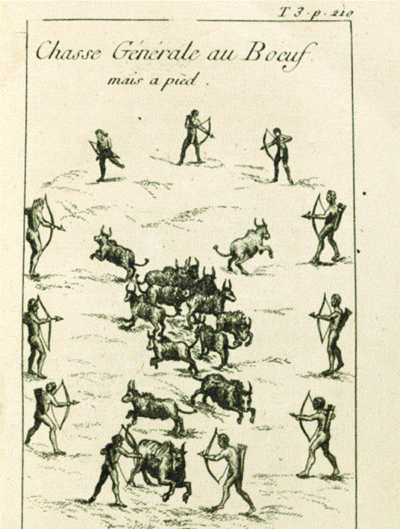 The Illinois and the Edge Effect: Bison Algonquians in the Tallgrass Prairie Borderlands 1200-1850

This is a new history of the middle of the North American continent from the standpoint of the Native American people who controlled it from well before contact through the early 19th century. Beginning in the 1400s, the Illinois rose to power by exploiting unique social and ecological opportunities in-between the woodlands of the east and the plains of the west. Becoming North America’s only “bison Algonquians,” they built power based on bison hunting and the slave trade, and settled the largest population center on the continent in the 1680s.

At the core of this project is an examination of the relationship between humans and non-human animals in an important North American borderland, where not only foreign people, but also foreign animals, interacted in new ways. Indeed, the Illinois and other Native people came to the prairies in the wake of climate change precisely because of animals, and they built an entire lifeway as pedestrian bison hunters in a distinctive landscape. They put bison at the center of their cultural and spiritual lives, as revealed through archaeology, abundant contact-era linguistic evidence, and often-ignored material culture. European colonists brought not only new species to the tall-grass prairies, but also wholly new ideas about the relationship between people and non-human nature. From 1500 forward, then, human interactions with wild animals, game, and newly arriving livestock changed more in a few centuries than they had for millennia. Animals’ social, cultural, and economic functions were reshaped by commodification and the market. As this happened, humans continually remade the societies they had built around intimate and cooperative interactions between species. The premise of this book is that human-animal relations provide the best lens for understanding—and telling—colonial history from the perspective of the Illinois.