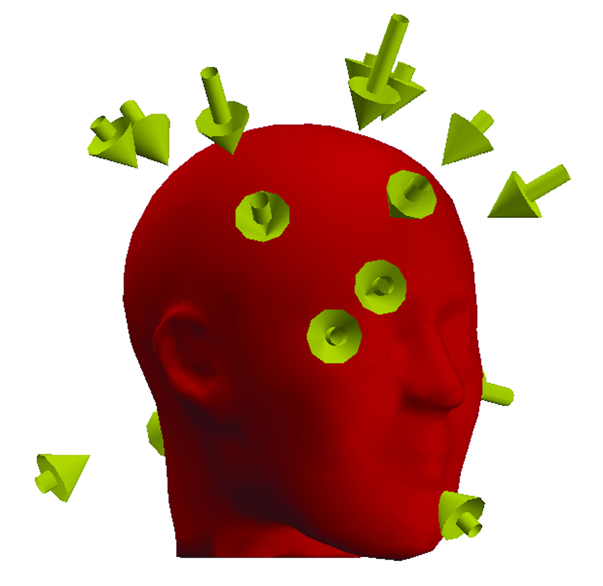 What is the threshold for serious injury? Professor Broglio proposes to help answer that question. He has used the Head Impact Telemetry System (HITS) to track the location and magnitude of impacts sustained by football team members at Unity High School (Tolono, Illinois) during their 2007 and 2008 seasons. Each player receiving a serious impact captured by the HITS resulting in a concussion was diagnosed and cared for by a physician. Professor Broglio thus has access to both biomechanical and clinical data.

During his Center appointment, he will evaluate the datasets to establish an injury-tolerance threshold among these subjects. He also plans to develop an assessment battery to establish their recovery pattern following injury. These results could lead to better headgear protecting young football athletes and better injury management. Ultimately, he hopes to extend his results to data-driven medical care aimed at the identification and care of individuals who sustain mTBI in any setting.