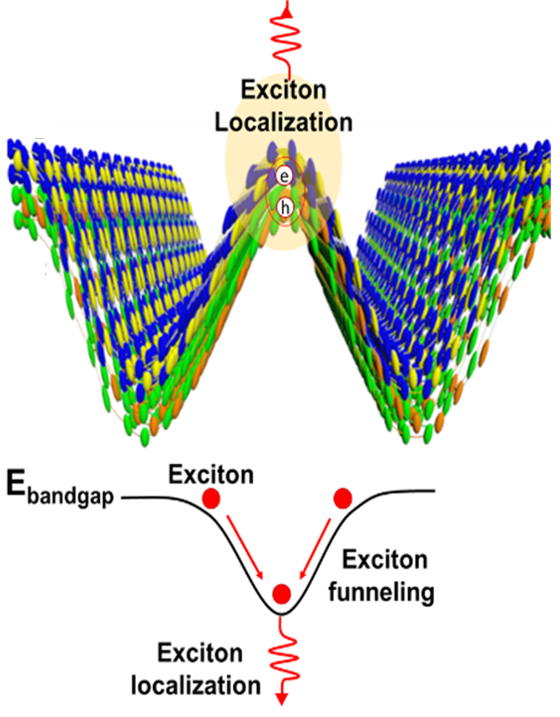 Atomically-thin transition-metal dichalcogenides (TMDs) have recently come to the fore as the next generation of optoelectronics, owing to their highly luminescent characteristics. In particular, researchers have focused on developing single quantum (or single photon) emitters based on luminescent centers from defect sites in TMDs. However, defect engineering approaches have faced challenges due to the difficulties in deterministic control of emissions.

During his CAS appointment, Professor Nam plans to advance our understanding of artificial quantum emitters by moving beyond defects to investigate the effect of straining on luminescent properties of atomically-thin TMDs. In his strain engineering approach, localized (or confined) electron-hole pairs (i.e., excitons) induced by local tensile strain lead to the highly luminescent single photon centers. Given that single photon centers are deterministically controlled by local straining, his approach is poised to solve the most critical challenge of precise, deterministic control of emission centers.

In recent work, Professor Nam and his research group demonstrated that straining TMD materials, such as WSe 2 and MoS 2 monolayers, can lead to controlled straining and confinements of excitons in TMDs. They will use the same strategy to further realize single quantum emission from strained TMDs. This new capability will lead to an efficient, single photon source based on strained TMD semiconductors that can be used in next generation, scalable quantum cryptography.