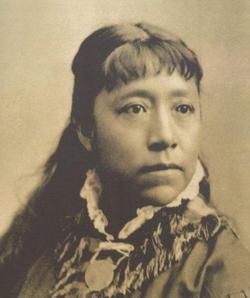 Insistent Indians: Chapters from the Native Struggle to Find a Home in America

It is difficult for most Americans to imagine this continent’s indigenous people as anything other than victims. Dispossessed of their homelands and routinely denied liberties enjoyed by other groups, Native Americans have long suffered under U.S. rule. But this portrait is not comprehensive. In his new book Insistent Indians, Professor Hoxie describes a history of Native American activism that predates the founding of the United States and extends over two centuries, encompassing a variety of cultural settings and a lively community of Native politicians, lawyers, activists, and writers.

Native Americans’ engagement with American politics began in earnest during the 1820s, when leaders confronted the first aggressive assertions of U.S. nationalist expansion. The subsequent removal crisis produced a founding set of ideas that traveled to Indian Territory with the Choctaws, Cherokees, and other removed tribes; and then dispersed to all regions, as Native lawyers and politicians taught new groups how best to use Congress and the courts to defend themselves against external pressures on their lands and lifeways. Over generations, key actors contributed to an evolving set of political principles that bridged the distance between Native cultures and the republican democracy of the United States.

In his book, Professor Hoxie presents eight case studies of Native American activists who engaged U.S. legal and political institutions in response to specific predicaments at discrete moments. To date, these actors have been either poorly understood or viewed within the narrow framework of a single moment of resistance. Much of the research for this book has involved seeing their separate stories in relation to each other.

During his Center appointment, Professor Hoxie will revise the manuscript as a whole to illustrate more clearly the links between the case studies and to clarify their role in the creation of a legal and political space for Indian peoples within the U.S. nation state. Ultimately, he hopes that Insistent Indians will cause readers to think deeply about how a country conceived by republican theorists in the eighteenth century, united by military force in the nineteenth century, and raised to global dominance in the twentieth century might adapt to the complex cultural and political demands of the twenty-first century.