The Armenian Genocide, Poetry of Witness, and Postmemory

The past year has marked the centenary of the Armenian Genocide. In this presentation, the award-winning writer Peter Balakian will ask how literature can witness and commemorate historical trauma. He will begin by discussing the impact of the Armenian genocide on several major Armenian poets of the 1915 generation. Considering the genocide’s impact on his own poetry, Balakian will then reflect on how the trauma of 1915 has echoed across generations and emerged as a version of postmemory—the belated remembrance of the victims’ descendants.
Hosted by: Initiative in Holocaust, Genocide, and Memory Studies 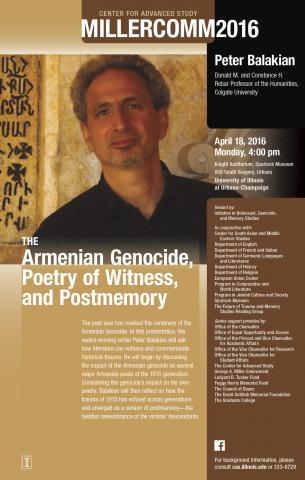